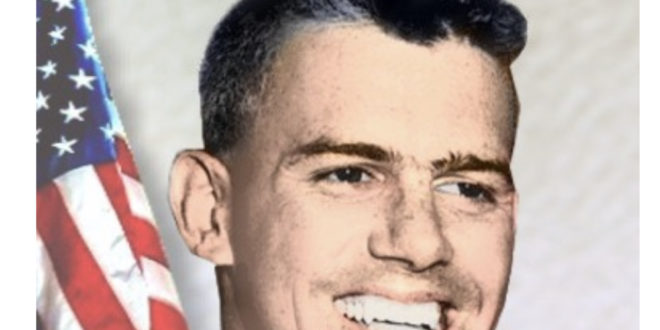 Medal of Honor Recipient. CPT Humbert Roque (“Rocky”) Versace graduated from the US Military Academy in 1959 and was commissioned in Armor. Upon graduation from Ranger School, he attended Airborne School and was awarded the Parachutist Badge. He then served with 3/40 Armor, 1st Cavalry Division, Republic of Korea, as a medium tank platoon leader from March 1960 to April 1961. Later assigned to the 3rd Infantry (Old Guard), he served as a tank platoon leader in Headquarters and Headquarters Company.

Following the completion of his initial 12-month tour, CPT Versace extended his tour in May 1963 for an additional six months, and was assigned to Advisory Team 70 as Intelligence Advisor to Civil Defense and Self Defense Forces operating in An Xuyen Province (IV Corps Tactical Zone) in the Mekong Delta Region of South Vietnam. It was in this assignment that CPT Versace was wounded and captured with two other Special Forces soldiers (SFC Pitzer and 1LT Nick Rowe [HoF 1989]) on 29 October 1963, while on an operation with Special Forces Team A-23, at Tan Phu on the edge of the U Minh Forest.

Upon arrival in the Viet Cong jungle prison camp, CPT Versace assumed command as senior prisoner to represent his fellow Americans. He was immediately labeled a troublemaker by his captors for insisting that they honor the Geneva Convention’s protections for captured prisoners of war. The Viet Cong did not acknowledge any protections guaranteed to prisoners as required by the Geneva Convention, and considered the three Americans to be “war criminals.” Soon he was separated fromRowe and Pitzer and put in a bamboo isolation cage six feet long, two feet wide, and three feet high. According to Rowe and Pitzer, “He was kept in irons, flat on his back, it was dark and hot [from thatch on the roof and outside bamboo walls], and they only let him out to use that latrine and to eat. What they were trying to do was to break him. They even offered better food and they would let him out if he would cooperate, but he would not. They wanted to get him to (1) quit arguing with them and (2) accept their propaganda.

The Vietnamese gave him the word that they knew he was an S2 advisor.”

According to SFC Pitzer, “Rocky walked his own path. All of us did but for that guy, duty, honor, country was a way of life. He was the finest example of an officer I have known. To him it was a matter of liberty or death, the big four [name, rank, service number, and date of birth] and nothing more. There was no other way for him.

Once, Rocky told our captors that as long as he was true to God and true to himself, what was waiting for him after this life was far better than anything that could happen now. So he told them that they might as well kill him then and there if the price of his life was getting more from him than name, rank, and serial number”. Pitzer also noted that “The VC realized Rocky was a Captain, Nick [Rowe] a Lieutenant, and I a Sergeant, so they singled him out as ranking man. Rocky stood toe to toe with them. He told them to go to hell in Vietnamese, French, and English. He got a lot of pressure and torture, but he held his path. As a West Point grad, it was duty, honor, country. There was no other way…I know that he valued that one moment of honor more than he would have a lifetime of compromises.”

CPT Versace was soon ordered to be kept in an isolation hut with thatch on the roof and sides, which made mid-day temperatures inside as hot as an oven. The Department of Defense Prisoner and Missing Personnel Office (DPMO) stated that: “…CPT Versace demonstrated exceptional leadership by communicating positively to his fellow prisoners. He lifted morale when he passed messages by singing them into the popular songs of the day. When he used his Vietnamese language skills to protest improper treatment to the guards, CPT Versace was again put into leg irons and gagged. Unyielding, he steadfastly continued to berate the guards for their inhuman treatment.

The Communist guards simply elected harsher treatment by placing him in an isolation box, to put him out of earshot and to keep him away from the other US POWs for the remainder of his stay in camp. However, CPT Versace continued to leave notes in the latrine for his fellow inmates, and continued to sing even louder.”

He took advantage of the first opportunity to escape when he attempted to drag himself on his hands and knees out of the camp through dense swamp and forbidding vegetation to freedom. The guards quickly discovered him outside the camp and recaptured him. After recapture, Versace was returned to leg irons and his wounds were left untreated.

He was placed on a starvation diet of rice and salt. During this period Viet Cong guards told other US prisoners in the camp that despite beatings, CPT Versace refused to give in. On one occasion a guard attempted to coerce him to cooperate by twisting the wounded and infected leg, to no avail.

Versace and the other US Army prisoners were frequently moved from one prisoner of war camp to another. Versace was often moved individually without benefit of being near his fellow prisoners. BG John Nicholson participated in the numerous operations launched to free Versace and his fellow prisoners. According to BG Nicholson and others, villagers reported that CPT Versace was paraded through the hamlets with a rope around his neck, hands tied, bare footed, head swollen and yellow in color, with hair turned white.

The villagers stated that he not only resisted the Viet Cong attempts to get him to admit war crimes and aggression, but also would verbally and convincingly counter their assertions in a loud voice so that the villagers could hear. The local rice farmers were surprised at Versace’s strength of character and his unwavering commitment to his God and the United States.

CPT Versace was a prisoner of the Viet Cong until 26 September 1965, when he was executed by his captors because of his tenacious resistance and rigid adherence to the Code of Conduct. He was awarded a posthumous Purple Heart on 2 July 1966 and a posthumous Silver Star on 19 May 1971. US Army Special Operations Command resubmitted his Medal of Honor nomination and CPT Versace was posthumously awarded the Medal of Honor on 8 July 2002. Additionally he was awarded the Armed Forces Expeditionary Medal, National Defense Service Medal, Ranger Tab, Parachutist Badge, Expert Infantry Badge and the Combat Infantry Badge. CPT Versace was inducted posthumously into the Hall of Fame in 2003.

MOH. CITATION:
The President of the United States of America, in the name of Congress, takes pride in presenting the Medal of Honor (Posthumously) to Captain Humbert Roque Versace, United States Army, for conspicuous gallantry and intrepidity at the risk of his life above and beyond the call of duty. Captain Humbert R. Versace distinguished himself by extraordinary heroism during the period of 29 October 1963 to 26 September 1965, while serving as S-2 Advisor, Military Assistance Advisory Group, Detachment 52, Ca Mau, Republic of Vietnam. While accompanying a Civilian Irregular Defense Group patrol engaged in combat operations in Thoi Binh District, An Xuyen Province, Captain Versace and the patrol came under sudden and intense mortar, automatic weapons, and small arms fire from elements of a heavily armed enemy battalion. As the battle raged, Captain Versace, although severely wounded in the knee and back by hostile fire, fought valiantly and continued to engage enemy targets. Weakened by his wounds and fatigued by the fierce firefight, Captain Versace stubbornly resisted capture by the over-powering Viet Cong force with the last full measure of his strength and ammunition. Taken prisoner by the Viet Cong, he exemplified the tenets of the Code of Conduct from the time he entered into Prisoner of War status. Captain Versace assumed command of his fellow American soldiers, scorned the enemy’s exhaustive interrogation and indoctrination efforts, and made three unsuccessful attempts to escape, despite his weakened condition which was brought about by his wounds and the extreme privation and hardships he was forced to endure. During his captivity, Captain Versace was segregated in an isolated prisoner of war cage, manacled in irons for prolonged periods of time, and placed on extremely reduced ration. The enemy was unable to break his indomitable will, his faith in God, and his trust in the United States of America. Captain Versace, an American fighting man who epitomized the principles of his country and the Code of Conduct, was executed by the Viet Cong on 26 September 1965. Captain Versace’s gallant actions in close contact with an enemy force and unyielding courage and bravery while a prisoner of war are in the highest traditions of the military service and reflect the utmost credit upon himself and the United States Army.