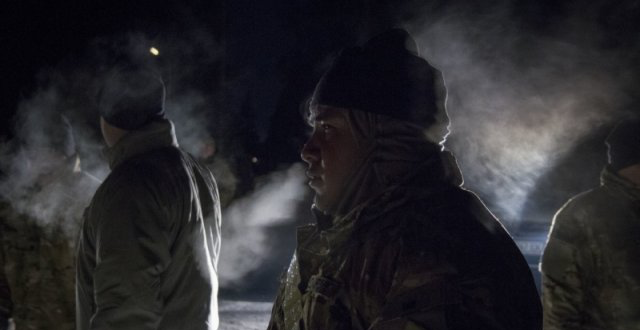 ‘There is Nothing Left’: As Fighting Rages, Mariupol is Like WWII Dresden

The besieged city of Mariupol has been destroyed by Russian forces, according to witnesses inside Ukraine.

“The city is smashed to pieces,” said Mariupol journalist Yulia Harkusha, who completed the hazardous journey from Azov Sea port city to territory held by the Ukrainian military.

“There is nothing left [for the Russians] to control. I have only seen sights like this in photographs from World War II, when Dresden was bombed,” she told Radio Free Europe/Radio Liberty.

Before Russia invaded Ukraine on February 24, Mariupol was the 10th-largest city in the country, with a prewar population of about 430,000 people. It was also the second-largest city in the Donetsk region, which — like the neighboring Luhansk region — has been recognized as independent by Moscow and is partially controlled by Russian forces and Kremlin-backed separatist formations.

Capturing the strategic port has been an important goal for Russia, as the Kremlin apparently seeks to establish a land connection between the occupied parts of eastern Ukraine and Ukraine’s Black Sea peninsula of Crimea, which Moscow seized in 2014. The separatists failed to take Mariupol in 2014; it has been targeted since the start of the new invasion and has been completely cut-off from Kyiv-controlled Ukraine since March 1.

In recent days, analysts believe, Moscow has stepped up its bid to control the port in order to use it as a supply hub for Russia’s newly focused effort to control the two separatist-claimed regions, which are collectively known as the Donbas.

Conflicting reports emerged from Mariupol on April 13. The Russian military said in an unconfirmed report that Ukrainian marines inside the city had surrendered. The Ukrainian 36th Marine Brigade posted on Facebook that they did not surrender.

“We are the defenders of Mariupol, the 36th Marine Brigade, which has kept and is defending this city to the last,” the group wrote. “We did not surrender, we held every piece of this city to the best of our ability. But the reality is that the city is under siege, is encircled, and supply of ammunition and food did not happen.”

Mariupol Mayor Vadym Boychenko told AP that at least 10,000 civilians — and perhaps as many as 20,000– had been killed in the weeks since the war began. Boychenko alleged that Russian forces had been using “mobile crematoriums” to destroy evidence of civilian deaths.

Russia has denied targeting civilians despite the fact that a drama theater in the city that was being used by hundreds of residents as a shelter was bombed on March 16, a week after the Russian Air Force bombed a maternity hospital there. A large number of apartment buildings have also been damaged or destroyed by Russian fire.

It is unknown how many civilians remain in Mariupol. But Harkusha believes there are “a lot.”

“Getting out on foot now is very dangerous and difficult,” she said. “Unfortunately, there are a lot of civilians there. It is a shame that the authorities did not encourage evacuation in advance. It was known that the city would be besieged and attacked. But the city authorities did not do it because they were afraid of panic.”

Based on a report from RFE/RL