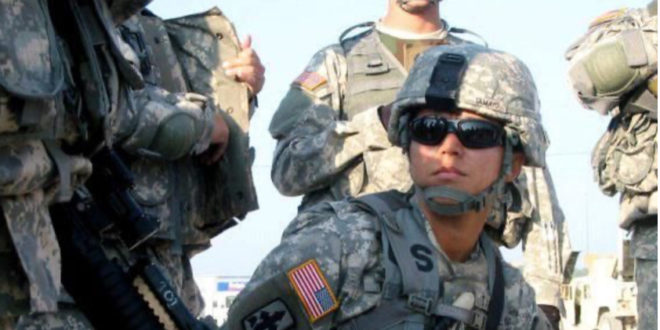 Iraq Veteran Gabbard on AG: “You are an enemy of the state if you are against the president or his policies”

Tulsi Gabbard is a member of the United States Army Reserves.

“You are an enemy of the state if you are against the president or his policies,” is the message from Biden’s Henchmen in the DOJ and FBI

Instead of trying to be “woke”/politically correct and targeting parents who care about what schools are teaching their children, the FBI/Dept of Homeland Security should focus on actual threats like the jihadist who terrorized the Texas synagogue.

@TulsiGabbard·Jan 18Biden’s new policy of directing a domestic terrorism unit to target those who have an “anti-authority” or “anti-government” attitude exposes their anti-liberty/anti-democracy mindset. We must all stand up against this, regardless of our political party. https://youtu.be/Eo3H7UNpgmo

DOJ, treatment of Rittenhouse “Guilty until proven innocent,” and parents as terrorists should be considered criminal

Former Rep Tulsi Gabbard once more stepped up to defend the constitution and its protections:

“The jury got it right — finding Rittenhouse not guilty on all charges. The fact that charges were brought before any serious investigation is evidence that the government was motivated by politics, which itself should be considered criminal.”

She is also outraged that DOJ/FBI are stalking parents after redefining those opposing Biden’s agenda for critical race theory in schools.

“The FBI tracked concerned parents using counterterrorism measures in the Patriot Act. Such abuse of power is why I’ve long advocated to get rid of the Patriot Act. AG Garland & anyone involved should resign or be fired. This politicization of the DOJ will destroy our democracy,” she wrote

Gabbard stood her ground after 6 January became destructively politicized as did the Rittenhouse trial.

“Joe Biden, the American people are glad you called for unity saying we need to “lower the temperature.” I fully agree & you can do so by immediately ending the militarization of DC & denounce recent efforts to take away our civil liberties. Pls be the leader we hoped you would be,” Tulsi Gabbard, Congresswoman from Hawaii said.

“Profiling & surveilling half the country because of their religion or political views as potential “domestic terrorists” is dangerous, divisive, & undermines our constitution. @JoeBiden must denounce proponents of this madness & unite the country-not demonize political opposition.”

“Every day Tech Oligarchs are squelching the free speech rights of more Americans, removing them from the social town square—turning our democracy into an autocratic oligarchy, undermining the heart and essence of our constitutional republic.

“We must unite to protect our Constitution & stand up to the likes of Brennan, Schiff & Big Tech who are trying to take away our civil liberties & undermine our Constitution. If our leaders fail to denounce & stop them now, then the country we love & cherish will no longer exist.

“President Biden, I call upon you & all of Congress from both parties to denounce efforts by Brennan & others to take away our civil liberties endowed to us by our Creator & guaranteed in our Constitution. If you don’t stand up to them now, then our country will be in great peril.

NOTE: During the interview with Tucker, I misspoke when referring to the mob who stormed the Capitol & people like Brennan & Schiff acting as “domestic terrorists.” I meant to say “domestic enemies” – because they’re actively trying to undermine the principles, processes and liberties enshrined in our Constitution: The mob who stormed the Capitol by trying to interfere with constitutional responsibilities of Congress, & Brennan, Schiff & others for trying to undermine our civil liberties guaranteed to every American in our Constitution.

Military Career:
The first day Tulsi arrived at her camp in Iraq, she saw a large sign at one of the gates that read, “Is today the day?” It was a blunt reminder that today may be the day that any of the soldiers would be called to make the ultimate sacrifice for their country. It caused her to reflect on her own life and the reality that each of us could die at any moment.

While serving in a base in the Sunni Triangle at the height of the war, Tulsi had the heart-wrenching daily responsibility of going through the list of every injury and casualty in the entire theatre of operations, looking to see if any soldiers in her unit were on the list, so she could ensure they received the care they needed and their families were notified.

She was hit with the enduring pain and hardship of her brothers and sisters in uniform, and the stress and pressure on their families. She wondered if those who voted to send soldiers to Iraq really understood why they were there—if lawmakers and the President reflected daily on each death, each injury, and the immeasurably high cost of war.

Having experienced first-hand the true cost of war, she made a personal vow to find a way to ensure that our country doesn’t continue repeating the mistakes of the past, sending our troops into war without a clear mission, strategy, or purpose.

“While the politicians make empty, hollow, phony speeches on Memorial Day, they continue to send my brothers and sisters into wars that are impossible to win, because there is yet no definition of what “victory” would be. These aren’t just “troops.” They’re PEOPLE—friends and comrades, again separated from loved ones. Just another unnoticed cost of war,” she said.