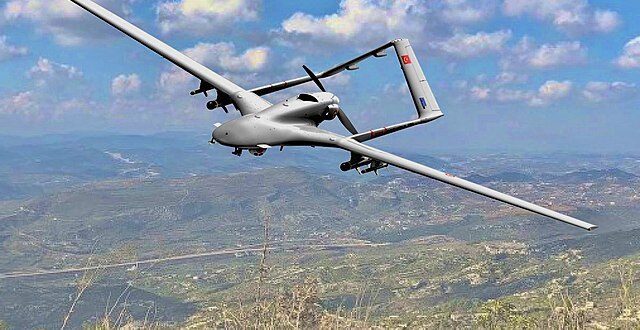 Ukrainian efforts to shoot down the Shahed-136 unmanned aerial vehicles (UAVs) are “increasingly successful” as Russia continues to use the Iranian-made drones against targets across Ukraine, the British Defense Ministry said on October 24.

In its regular updates, the ministry said the UAVs are slow, noisy, and fly at low altitudes, making lone aircraft easy to target by conventional air defenses.

The bulletin cited official Ukrainian sources, including President Volodymyr Zelenskiy, who claimed that “up to 85 percent of attacks are being intercepted.”

Ukraine says Russia has struck its infrastructure with Shahed-136 drones that cruise toward their target and explode on impact. Both Iran and Russia have denied the accusations.

Tehran on October 22 criticized a call by France, Germany, and Britain for the United Nations to investigate claims that Russia has used Iranian-made drones to attack Ukraine.

The bulletin suggested that Russia is likely using them as a substitute for Russian-manufactured long-range precision weapons, which are becoming increasingly scarce.

Previous A Bomb in the Briefcase: New Book Shows How Close Iran Came to Unleashing Terror Attack in Paris
Next ‘The Helicopter Fell Apart’: Third Russian Ka-52 Goes Down Over Kherson