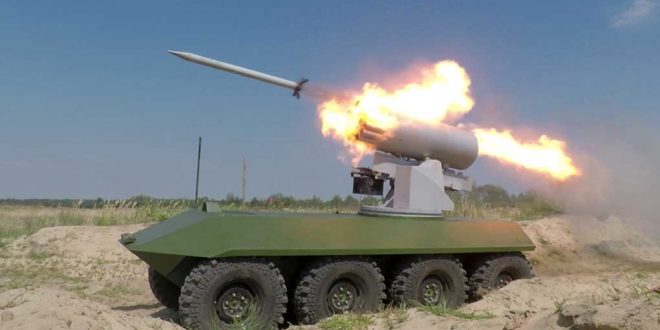 KYIV – Early this morning, Russian air attacks began across Ukraine. These attacks have been
anticipated in response to the losses inflicted on the Russian Navy at their base in Sevastopol in
the occupied Ukrainian territory of Crimea. With air raid sirens beginning around midnight we
witnessed waves of attacks on the Ukrainian capital of Kyiv. The concentration of attacks
seemed to occur in the hours just after daybreak.

The Ukrainian air defenses here went into action immediately with great effectiveness but the sounds of explosions could be heard as some missiles impacted on the northwest side of the city. In the video provided below, a pair of Ukrainian missiles can be seen intercepting the Russian attacks.

Ukrainian air defense systems were reported to have intercepted 18 out of 40 missiles fired by
Russian forces this morning. The Russian Air Force launched cruise missiles from strategic
bombers north of Ukraine while naval forces launched Kaliber hypersonic missiles from ships in
the Black Sea fleet. The targets of these attacks seemed to be Ukraine’s electrical grid and
infrastructure, leaving large portions of Kyiv without power for much of the day. Power cut off
and on throughout central Kyiv into the evening here as the Ukrainians worked to repair the
damage.

The attacks were anticipated as part of a pattern of retaliation for Ukrainian success in
attacking and damaging Russian naval forces in Sevastopol last week. The damaged Russian
ships include the new flagship the Admiral Makarov which replaced the cruiser Moskva sunk
after earlier attacks by Ukrainian forces in April.

While Russian forces have been consistently using cruise missiles to attack and degrade
Ukrainian infrastructure throughout the country, they have also used a number of innovations
and new tactics in this war. These include the use of Iranian-made attack drones during attacks
on Kyiv last week which struck a number of residential areas and killed civilians. As Russian
forces continue to pressure the Ukrainians on the ground in the eastern provinces as well as
along the southern coast it is expected that they will continue the relentless air campaign.