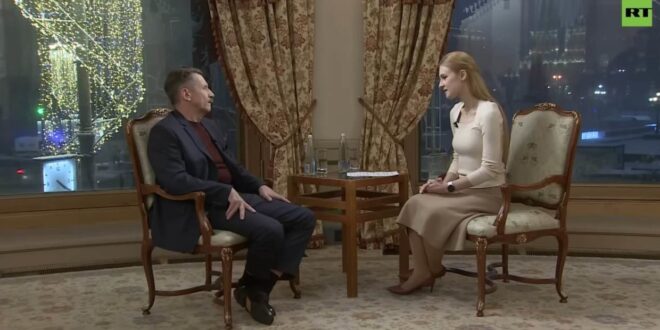 Newly freed prisoner Viktor Bout, an arms dealer known as “the Merchant of Death,” said he wishes he could volunteer to help Russia’s efforts in Ukraine, and that he approves of the war.

“I fully support the special military operation,” Bout said, adding that Russia should have sent its troops into Donbas in 2014. “If I could, I would share the skills I have and I would readily volunteer.“

Bout spent 14 years in a U.S. prison after being convicted of multiple charges, including conspiring to kill Americans. He was released last week in a prisoner swap for American basketball player Brittney Griner.

Bout made his remarks on Saturday in televised comments to fellow ex-convict Maria Butina, who spent 14 months in a U.S. prison for acting as an unregistered Russian agent. Butina now is a lawmaker in the Russian parliament. She interviewed Bout for Russia’s state-controlled broadcaster RT.

Bout told Butina about his life behind bars, and said he decorated his cell with a photograph of Vladimir Putin.

Previous ‘We Don’t Have Funerals in Combat Zones’: A Soldier Remembers
Next FBI Arrests Lockerbie Terror Suspect in Libya