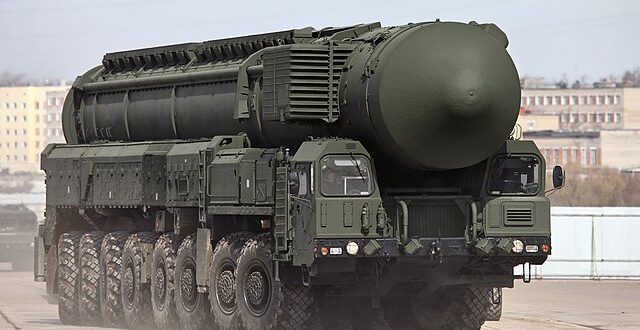 Beyond the Gamma Rays: A Nuclear Blast Would Bring Blinding Light, Searing Heat, and Intense Wind

Vladimir Putin last month assured listeners that, for the time being, he sees no reason to launch major strikes on Ukraine. The Russian president’s lightly veiled reference to exercising nuclear restraint was akin to the class bully promising to not beat up the other kids – yet.  Speaking amid international speculation that he will follow through on threats to unleash his nukes, Putin telegraphed a calm yet sinister demeanor. “There is no need for massive strikes now” in Ukraine, he told reporters in Astana, Kazakhstan. Explaining that Ukrainian target “facilities are being finished off gradually,” Putin ominously added: “There is no need for massive strikes, at least for now. Then we’ll see.”

But what happens after “for now?” What does he mean by, “we’ll see?” What if Putin – or his fellow dictator, North Korea’s Kim Jong-un – actually does fire a nuke?

Speculation has focused on the strategic impact, and on the tick-tock of who would respond when, and how. Here at Soldier of Fortune, we want to know the literal immediate effects.

Setting aside the damage from radiation and nuclear fallout, we honed in on the physical blast. What would it do to the unfortunate souls who are caught in the strike? What would become of buildings, roads, and countryside?

We turned to the U.S. Air Force for answers. The following is based on a manual they created during the Reagan Administration.

Aside from X-rays, gamma rays, and other particles, a nuclear weapon creates blast effects and thermal radiation. The degree of hazard depends on the type of weapon, height of the burst, distance from the detonation, hardness of the target, and explosive yield of the weapon.

Here’s what the hazards can do.

The blast wave is the cause of most of the destruction accompanying a nuclear explosion. After a nuclear detonation, a high pressure wave develops and moves outward from the fireball. The front of the wave travels rapidly away as a moving wall of highly compressed air.

At one minute after the burst, when the fireball is no longer visible, the blast wave has traveled about 40 miles, and is moving slightly faster than the speed of sound.

The overpressure, which is the pressure in excess of the normal atmospheric pressure, can cause immediate death or injury to personnel, and has a crushing effect on material.

The blast wave brings strong winds. These winds may have a peak velocity of several hundred miles an hour near Ground Zero, the point on the ground directly above or below the point of detonation.

As a point of reference, natural winds become hurricane force when they reach 74 miles per hour. This year’s Hurricane Ian, which devastated portions of Florida in late September, brought winds that were clocked at 155 mph. Winds from a nuclear blast would be many times more powerful than Ian was.

The high speed winds propel objects such as tree limbs or debris at great speed, and turn them into potentially lethal missiles. These winds can also physically throw personnel who are not protected, resulting in casualties. People both inside and outside of a structure may be injured as a result of blast damage to that structure, and by fire.

Within less than a millionth of a second of the detonation of a nuclear weapon, the extremely hot weapon radiates great amounts of energy. This leads to the formation of a hot and highly luminous spherical mass of air and gaseous residue which is the fireball.

The heat radiated from the fireball contributes to the overall damage caused by a nuclear burst by igniting combustibles, starting fires in buildings and forests. These fires may spread rapidly among the debris produced by the blast.

In addition, this intense heat can burn exposed personnel at great distances from ground zero, where the effects of blast and initial nuclear radiation become insignificant.

The fireball formed at the instant of a nuclear detonation is a source of extremely bright light that can be seen 135 miles away from the explosion. The fireball of a one megaton weapon would appear to be many times more brilliant than the sun at noon.

This light can cause injuries to personnel in the form of temporary or permanent blindness. Temporary blindness from a burst during daylight should be a very short duration, and is not an important consideration for anyone other than aircrew members. At night, this loss of vision will last for longer periods because the eyes have been adapted to the dark. However, recovery should be complete within 15 minutes.

The light flash can cause permanent injuries to the eyes due to burns within the eye. But this is only likely to occur in personnel who happen to be looking directly at the fireball at the instant of explosion.

While Putin is holding off on using such weapons, NATO meanwhile has launched its annual “Steadfast Noon” exercise. The drill involves 14 countries and up to 60 aircraft of various types, including fourth and fifth generation fighter jets, and B-52 long-range bombers.

Training flights will take place over Belgium, which is hosting the exercise, as well as over the North Sea and the United Kingdom. No live weapons will be used.