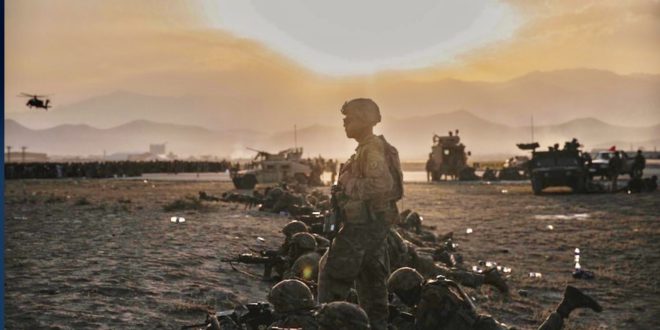 Nearly two dozen veterans groups are pleading with the White House this week to intervene in the case of an Afghan national jailed in a Texas border town after he crossed the border illegally while trying to escape the Taliban and rejoin his brother in Houston.

Abdul Wasi Safi, or Wasi, as his family calls him, faces up to one year in prison and a fine of up to $5,000 for entering the U.S. illegally.

Wasi, a former Afghan special forces intelligence officer, crossed the U.S.-Mexico border near Eagle Pass on Sept. 30. Border Patrol apprehended Wasi and charged him with a criminal misdemeanor for failure to present the necessary documents to remain in the U.S. More than two months later, he remains in detention under U.S. Marshals Service custody in Eden Detention Center.

Wasi does not want a criminal record starting his life in the United States — especially not after his service in connection with the country. Pleading not guilty could indefinitely extend his criminal proceedings and keep him detained even longer.

In the Wednesday letter penned to President Joe Biden, advocates request that Wasi be released on parole to begin his asylum hearing.

“The Afghan Special Forces faithfully served America, and not one of them should have to endure a path like this to reach safety,” the letter reads. “We urge you to fulfill America’s promise to Lieutenant Abdul Wasi Safi and begin to heal the moral injury by granting him a parolee status as he awaits a hearing on his justifiable asylum claim.”

The co-authors of the letter include the Special Operations Association of America, Flanders Fields, The Independence Fund and the Moral Compass Federation. Each group has in some way committed itself to the evacuation, relocation, hiding and reuniting of Afghan families in the U.S. since August 2021.

The groups have evacuated thousands of former Afghan allies and their family members from behind Taliban lines, according to a spokesperson with SOAA.

The letter to Biden adds yet another mile marker to the monthslong journey around the globe for Wasi.

In August 2021, when the U.S. withdrew its military operations from Afghanistan after nearly 20 years of conflict, Wasi tried for days to board a military flight out of Kabul. Thousands rushed the heavily guarded airport tarmac. Few made the final extraction.

Wasi had been an officer in the Afghan National Security Forces. Those who had served directly with the U.S. and its allies became targets of the Taliban’s revenge killings once that group took over in the power vacuum the U.S. left as the Afghan government collapsed.

Wasi took to hiding, fearing the worst for himself and his family as he heard reports of terrible killings of those he had served with in the Afghan special forces.

Wasi studied journalism at university and worked in military intelligence. His work directly aided U.S. special operations missions, and he often partnered on missions to secure operational areas against the Taliban and other local insurgents. People like Wasi made ideal targets on a Taliban hit list.

For months, Wasi hid with his family in Afghanistan while attempting to find a way out of the country safely. Meanwhile, his brother, Sami-ullah Safi, who had worked directly with U.S. special forces as an interpreter, lived as a U.S. citizen in Houston. Over the next year, Wasi crossed countries and continents on a dangerous migratory path through Latin America to his arrest at the Texas border.

Wasi had hoped to live with his brother in Houston while the U.S. processed his asylum claim. Instead, Wasi was charged criminally after he was arrested by U.S. Border Patrol and held in Del Rio.

Not all migrants who enter the country illegally receive criminal charges. In fact, it’s rare. In Wasi’s case, however, the criminal misdemeanor charge continues to delay his asylum hearing.

According to Wasi’s attorney, Javier Maldonado, even after his time served and charges completed, the asylum hearing alone could take nearly a year to process. Maldonado said it may even be two or three years before Wasi’s asylum hearing can be fully vetted based on what he has seen of the immigration court system.

Once Wasi’s asylum hearing can begin, after the criminal proceedings end, Wasi would likely be transferred to Department of Homeland Security custody. If DHS grants Wasi parole, he can go home with his brother Sami until his asylum hearing.

The Safi brothers’ plight caught major media attention when their story initially ran in The Texas Tribune. Since then, advocates began a support page called Justice for Wasi. The site leads supporters through an email template to contact their government officials on Wasi’s behalf.

Wasi’s initial court hearing was set for Dec. 20, which his legal team has requested to be pushed to Jan. 10. Both Wasi’s legal team and the 23 organizations writing in on his behalf hope Wasi’s criminal charges are dropped so he can pursue his asylum claim.

For Wasi, the day he can leave detention could not come too soon.

He speaks with his brother Sami almost every day during 15-minute phone calls — the only time he gets to connect with the world outside of the jail. For about one hour a day, sometimes less, Wasi walks outside in a walled courtyard. He is much paler than his brother Sami, who has regular access to the Houston sun.

Wasi and Sami’s reunification relies on a backlogged and overrun U.S. immigration system. For now, Wasi waits his turn to make his calls, waiting to hear good news on the other end.

This article originally appeared in The Texas Tribune.

Previous After ‘Restrepo,’ Civilians Called Me a Hero – But I Struggled to Makes Sense of My Service
Next Russia’s ‘Egg of Death’: The Weapon That Was Meant to Turn the Tide of World War I 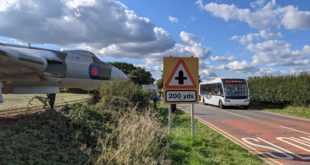 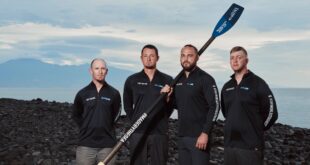