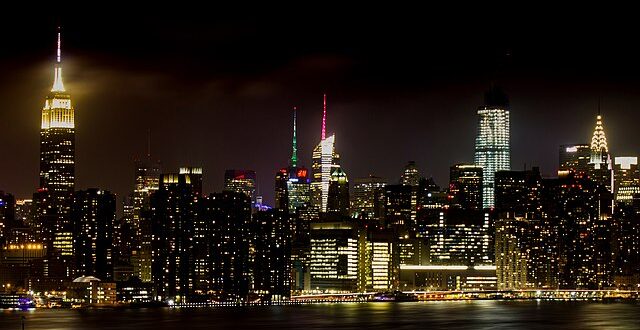 The FBI is investigating an unauthorized “police station” that China is operating in New York as part of a global network of such stations, FBI Director Christopher Wray said Thursday, vowing to put a stop to Beijing’s apparently unsanctioned law enforcement activity in the United States.

“I’m very concerned about this,” Wray said in response to a question about the Chinese police stations during a Senate Homeland Security Committee hearing. “We’re aware of the existence of these stations. I have to be careful about discussing our specific investigative work, but to me, it’s outrageous to think that the Chinese police would attempt to set up shop in New York, for example, without proper coordination.”

The Chinese embassy in Washington did not respond to a request for comment.

In a report released in September, the human rights watchdog Safeguard Defenders said China has set up at least 54 “overseas police service stations” around the world, including one in New York City and three in Toronto.

While tasked with cracking down on Chinese-related illegal activities overseas, the police stations are “but the latest iteration in [China’s] growing transnational repression, where it seeks to police and limit political expression far beyond its own borders,” the report said.

Chinese officials have repeatedly said the stations assist Chinese nationals overseas with routine matters such as renewing driver’s licenses, functions that would normally be handled by an embassy or consulate.

Wray said the FBI is examining “the legal parameters” of the Chinese police operation in the United States and is in talks with the departments of Justice and State about the matter.

“I can tell you from the FBI director’s perspective, I’m deeply concerned about this, and I’m not going to just let it lie,” Wray said.

The FBI is not the only law enforcement agency probing an overseas Chinese police station.

Wray said the FBI has been in talks with its international law enforcement partners about the unauthorized Chinese law enforcement actions “because we’re not the only country where it has occurred.”

While declining to say whether the Chinese are using the police station in the U.S. to monitor U.S. citizens, Wray cited recent federal indictments of Chinese nationals accused of “engaging in uncoordinated ‘law enforcement action’ right here in the United States, harassing, stalking surveilling and blackmailing people who they don’t like or disagree with the Xi regime.”

In October, the Justice Department charged seven Chinese citizens in connection with a scheme to force the return to China of a Chinese citizen living in New York.

The lead defendant in the case, Quanzhong An, was accused of monitoring and conducting a campaign to “harass and coerce” the U.S. resident to return to China as part of an extrajudicial repatriation effort known as Operation Fox Hunt, according to the Justice Department.

Previous One US Border Agent Killed, More Wounded in Deadly Shootout With Smugglers
Next In World War II, a Secret Weapons Factory Was Hidden Beneath British Parliament