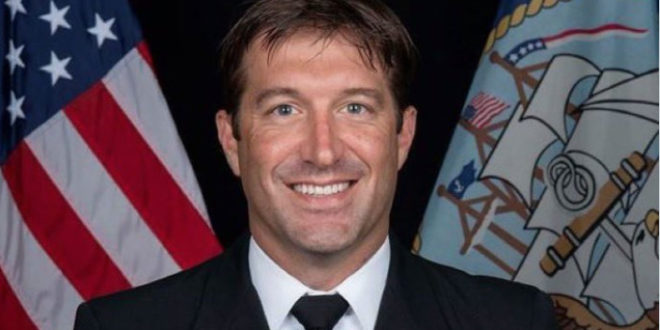 “Our thoughts and prayers are with the Bourgeois family – and we will ensure our community remains in support of and in relationship with Brian’s family and his children, for life,” said Rear Adm. H.W. Howard III, commander, Naval Special Warfare Command. “Brian was one of our very best leaders, who possessed all the attributes that make our force effective.  We will miss his charismatic leadership and faithful stewardship of our standard.  His legacy carries on in teammates he served with, led, and mentored.”

The details of the tragic accident are currently under investigation and findings will be made available at the appropriate time. Initial indications show that the tragedy occurred during a fast-rope training evolution.

“We are working with SEAL Team 8 to provide every form of support we possibly can to Brian’s family and teammates,” said Capt. Donald G. Wetherbee, commodore, Naval Special Warfare Group 2. “An incident like this weighs heavily on us all. Brian was as tough as they come, an outstanding leader, and a committed father, husband and friend. This is a great loss to everyone who knew him. He will be greatly missed.”

Brian’s wife and family were with him when he died according to Rear Adm. H.W. Howard, the commanding officer of Naval Special Warfare Command, in a message to the community. “Our thoughts and prayers are with the Bourgeois family — and we will ensure our community remains in support of and in relationship with Brian’s family and his five children, for life, Navytimes reported.

Bourgeois received his commission from the United States Naval Academy in May 2001 and humbly served the Navy and Naval Special Warfare community for over 20 years.

Bourgeois was a Navy Football player. The Navy football team will honor Bourgeois on Saturday in several ways.  The team will run out with a SEAL Team 8 flag along with the traditional American, Navy and Marine Corps flags. There will be a #13 home blue jersey adorned with two SEAL Team 8 patches placed prominently on the Navy sideline and senior wide receiver Michael Salisbury and sophomore wide receiver Jayden Umbarger will wear SEAL Team 8 patches on their uniform. The patches were given to Navy wide receivers coach Mick Yokitis, a 2006 Naval Academy graduate, by Bourgeois earlier this year.

Previous The Legacy of Pat Tillman; shot and killed in Afghanistan 2004
Next SOF Helped Mad Mike Hoare and his Mercs Raise Funds for a Legal Defense After a Failed Attempt to take the Seychelles