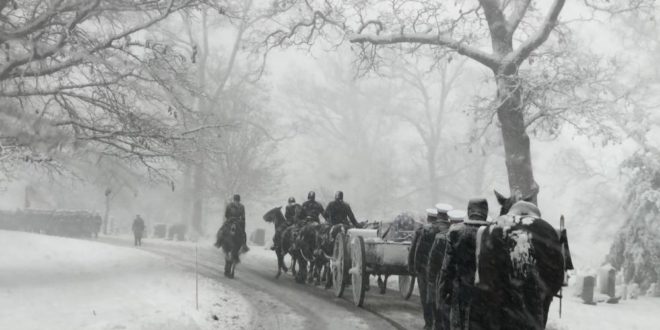 Donald Curtis Morse, 59, of Williamsburg, Virginia passed away on August 11, 2021. Mr. Morse worked for the US Joint Staff Directorate for Joint Force Development (J-7) as Chief of the Allies and Partners Force Development (APFD) Division after retiring from active duty in the U.S. Marine Corps as a Colonel. He served for more than 25 years in a multitude of staff and command positions. One of the highlights of his career was Commander, 2nd Tank Battalion, 2nd Marine Division as well as participating in Operation Iraqi Freedom. His Obit

The first snow of the season blanketed the National Capital Region and turned Arlington National Cemetery into a winter wonderland.

Founded in 1864 during the American Civil War, the cemetery is the final resting place for veterans who have fought in every war since the nation’s inception. More than 150 years later, almost 400,000 veterans and their family members, two presidents and numerous other historical figures are laid to rest at the cemetery.

Also home to the Tomb of the Unknown Soldier, the cemetery has grown in size and significance through the decades and continues to remind each generation of the sacrifice members of the armed forces and their families make in the defense of freedom.