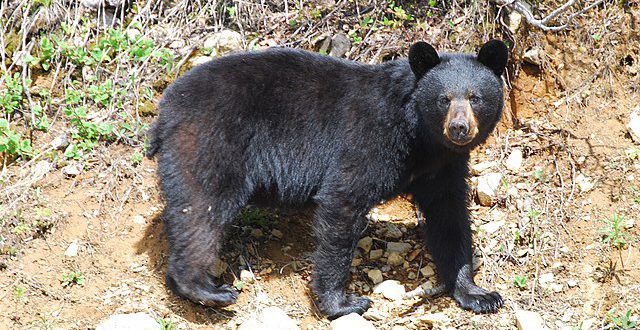 How to Survive a Bear Attack

Wildlife experts tell us that bear attacks against humans are rare. And yet, every year, people run afoul of these creatures – usually resulting in a win for the bear, and a loss for the human. Hunting season especially will place more of us in the vicinity of bears. For those who plan to hunt in bear country, here are some tips from the National Park Service on how to avoid becoming another statistic on the bruin side of the roster.

Every encounter is different. Bears exhibit different kinds of behaviors during different situations, and understanding the bear’s behavior can make the difference between life and death.

Bluff charges are meant to scare or intimidate. When a bear bluff charges, it will have its head and ears up and forward. The bear will puff itself up to look bigger. It will bound on its front paws toward you (moving in big leaps), but then stop short or veer off to one side. Often bears retreat after a bluff charge, or they may vocalize loudly.

If you can see a bluff charge is about to happen, slowly back away while waving your arms above your head, and speak to the bear in a calm voice. When the bear charges you, hold your ground and stay calm. After the bear charges, slowly retreat while keeping an eye on the bear. Let the bear know that you’re a human, and that you aren’t a threat. Continue to speak to the bear in a calm voice and make it clear that you are a human.

Aggressive charges are very dangerous. Bears may yawn or clack their teeth, and pound their front paws on the ground while huffing—these are warning signs. These behaviors indicate that a bear is stressed, and it may be getting ready to charge. It will have its head down and ears pointed back, and the bear will come at you like a freight train. Be ready to protect and defend yourself!

If a black bear charges and attacks you, fight back with everything you have. Do not play dead. Direct punches and kicks at the bear’s face, and use any weapon like rocks, branches, or bear spray to defend yourself.

If a grizzly/brown bear charges and attacks you, play dead. Do not fight back! Cover your head and neck with your hands and arms. Lay flat on your stomach, and spread your legs apart. Keep your pack on, it will help protect you during an attack. Stay still and don’t make any noise—you’re trying to convince the bear that you aren’t a threat to it or its cubs. Do not get up right away because the bear may still be in the area. Wait several minutes until you are sure that the bear is gone.

Fighting back during an attack from a grizzly/brown bear will usually worsen the attack, but if the attack persists, then fight back with everything you have!

What If I Surprise a Bear?

If you surprise a bear, regardless of the species, don’t fight it. Unless the bear is acting predatory, do not fight it. This can cause the bear to act more aggressively toward you and trigger an attack.

If you surprise a bear, slowly and calmly back away while avoiding direct eye contact—the bear may see this as an aggressive or challenging behavior. Slowly and calmly speak to the bear, wave your arms to let the bear know you are a human. Pick up any small children or pets immediately. Watch the bear as you leave the area.

If you surprise a black bear and it charges or attacks, fight back with everything you have!

If you surprise a grizzly/brown bear and it charges or attacks, do not fight back! Only fight back if the attack persists.

Never run from a surprised bear because it can cause a predatory reaction from the bear. Do not try to climb a tree. You cannot outrun or out climb a bear.

Predatory bears are very different than surprised or defensive bears. If you encounter a bear that’s curious or stalks you like a predator, be ready to fight. Do not run. Stalking and curious bears are not in a defensive mindset like a surprised bear. They are ready to attack their prey at a moment’s notice, and you are the prey.

Try to seek shelter in a car or building if possible. If that isn’t an option, be ready to fight. If you notice a bear stalking you, now is the time to get your bear spray ready. If the bear attacks you, fight back with anything that you have. Use any available weapon to fight the bear (sticks, rocks, bear spray, even your fists). If a predatory bear attacks you, no matter the species, fight back with everything you have.