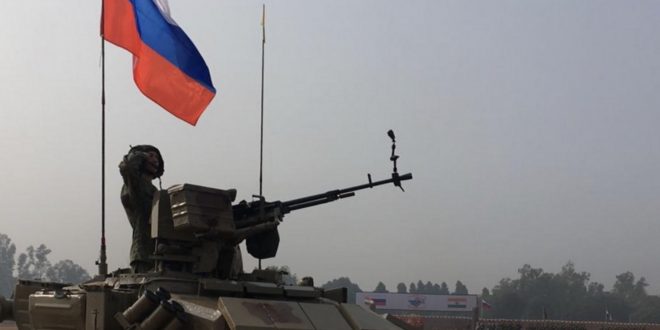 Peskov recently told British television channel Sky News that “the operation will reach its goals or end in talks between Russian and Ukrainian delegation in the next few days, in the foreseeable future.”

When asked for about a timeline for curtailing the assault, Peskov on Friday told reporters: “We are talking about the foreseeable future.”

Peskov suggested that the end-date is tied to negotiations.

“Substantive work is being carried out both on the military side, in terms of advancing the operation, and on the side of the negotiators who are in the negotiation process with their Ukrainian counterparts,” he said.

Peskov did not specify what Moscow intends regarding operations in Donbas.