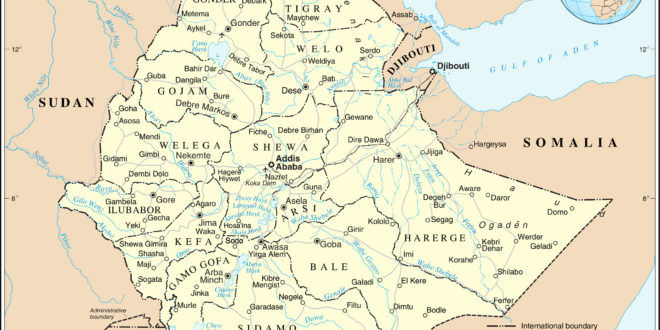 The refugee crisis in Ethiopia extends beyond the northern Tigray region and into the bordering Amhara region, sending displaced people into the nation’s capital, a Soldier of Fortune correspondent reports.

“They are coming into Addis Ababa, trying to find food and safety,” correspondent Gatimu Juma tells SoF. “They go in the streets begging. Even the young girls are doing this.”

Conflict in Ethiopia’s northern Tigray region began in late 2020 between the Ethiopian government and a local military force, the Tigray People’s Liberation Front. The conflict became civil war, and has driven more than 2 million people from their homes. The conflict is rooted in long simmering ethnic tensions.

The West increasingly has been alarmed by events in the northern sector of Tigray.

“We note with the utmost alarm that thousands of Ethiopians of Tigrayan ethnicity reportedly continue to be detained arbitrarily in life-threatening conditions in western Tigray,” State Department spokesman Ned Price said Friday in a statement.

The United States was “deeply troubled,” he said, by the recent findings of a joint report by two leading human rights groups, Amnesty International and Human Rights Watch, which had found the violence in the region amounted to ethnic cleansing.

The report said hundreds of civilians in western Tigray had been forced from their homes through threats, sexual violence, denial of aid, and unlawful killings.

Less publicized is the violence in other regions, Juma said. This includes conflict in the Amhara sector, where people struggle to find food, water, hygiene, and medicine.

“That is forcing people to flee,” he said. The refugees include farmers who now make a living by begging. “You see them here in the streets. I saw two very young women begging while carrying little babies on their backs.”

The situation in Addis Ababa is stable, according to the U.S. State Department.

“However, there is armed conflict in other areas of Ethiopia, and the security situation may deteriorate without warning,” the agency says on its website, assigning a “Do Not Travel” advisory that was updated last month. “Travel to Ethiopia remains unsafe.”

Gatimu Juma is an expert on conflict in the Horn of Africa.