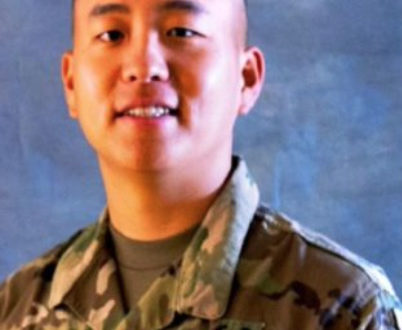 Lieutenant Commander Daniel Min of the 2nd Battalion, 3rd Field Artillery Regiment was on the flight in the video below. The pilot asked the passengers to take a moment to honor Daniel Min and informed them that he had died while in active duty. He continued to say that Daniel Min was aboard the flight in the lower hold of the airplane, and that his body was being transported to Raleigh Durham so that his mother could lay him to rest. According to the pilot, Daniel Min is survived by an 8 year old son.

Lt. Cmdr. Min was being escorted by Lieutenant Commander Susan Toby according to the unnamed pilot..

HIs death news has floated the internet, but we have been unable to confirm his death or cause of death.

God Bless the USA, Veterns and the men and women fighting to serve our country #USA