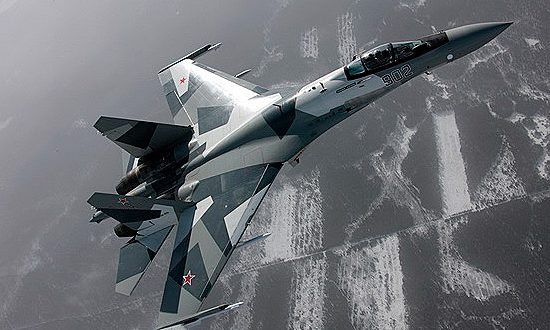 The Su-35, while not a stealth fighter, is an evolution of the Su-27 Flanker. The Su-35, according to National Interest is a genuinely dangerous war machine, and in many metrics, it matches or even exceeds the capabilities of the latest upgrades for the F-15. In terms of pure kinematic performance, the Su-35 is slightly slower than the F-15C in terms of max speed but it can out accelerate the Eagle with its powerful twin Saturn Izdeliye 117S engines, which put out 31,900lbs of thrust each. Further, when the jet is relatively lightly loaded, it can maintain supersonic speeds without the use of its afterburners.

“Distinguished by its unrivaled maneuverability, most of the Su-35’s electronics and weapons capabilities have caught up with those of Western equivalents, like the F-15 Eagle. But while it may be a deadly adversary to F-15s, Eurofighters and Rafales, the big question mark remains how effectively it can contend with fifth-generation stealth fighters such as the F-22 and F-35,”

While Iran, Egypt and other Russian Customers have purchased the SU-35, the U.S. has sold the F-35 worldwide.