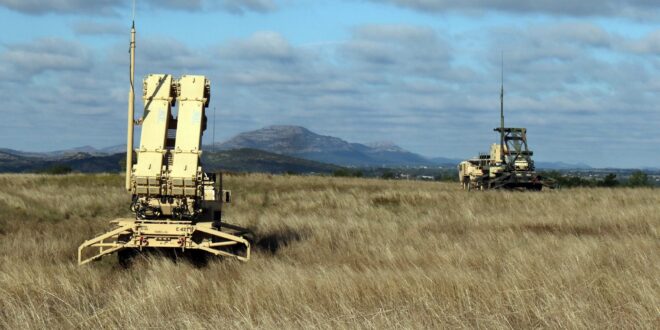 Ukrainian troops will arrive this month at Fort Sill in Oklahoma, in order to learn how to use the Patriot missile defense system, officials told Soldier of Fortune.

About 100 Ukrainian troops — enough to sustain a Patriot battery — will train to use the system, officials said. The process is expected to take several months.

The move comes as Russian President Vladimir Putin claimed to have sent sent a frigate to the Atlantic Ocean armed with new generation hypersonic cruise missiles. The bellicose Russian leader apparently hopes that the Zircon missile system will augment other Russian weapons in Ukraine, to help turn the war in his favor.

Pentagon press secretary Brigadier General Pat Ryder said last week the Pentagon was considering a variety of options on where to conduct the Patriot training “to include potential training here in the U.S., overseas or a combination of both.”

The Pentagon also announced last week that it would send 50 Bradley Fighting Vehicles to Ukraine as part of a new round of military aid to Kyiv to help Ukrainian forces fight off an invasion from Russia.

The Bradleys will come with hundreds of TOW anti-tank guided missiles and hundreds of thousands of rounds of ammunition, according to an official document shared with VOA before Friday’s announcement.

“It’s not a tank, but it’s a tank killer,” Ryder said. “It will provide a significant boost to Ukraine’s already impressive armored capabilities, and we’re confident that it will aid them on the battlefield.”

Previous ‘The Specialist’ Tortured Ukrainian Captives in Kherson
Next ‘G is For Gonzo’: A Slice From an Editor’s Life at Soldier of Fortune