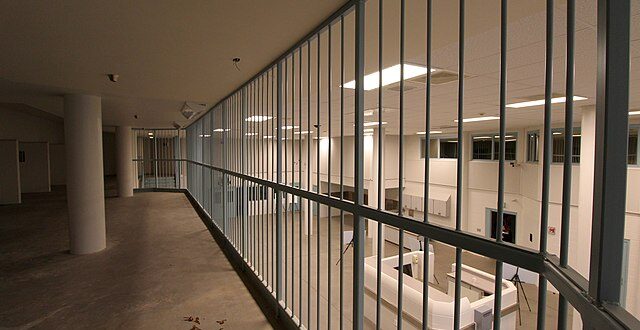 The Dangers of Being a Cartel Prison Snitch: ‘There’s Nothing Worse Than a Rat’

There are only two inmates that everyone wants to kill: protected witnesses and child rapists, reveals a U.S. Marshal interviewed by the author.

The list seems endless. All of them high-level members of the Sinaloa Cartel, who after having every imaginable luxury and in almost all cases, great power, were arrested and extradited and, knowing they were lost, decided to negotiate with the DEA in order to gain a few more years of freedom in exchange for not spending the rest of their lives in a maximum security prison.

The price, however, would have a very high cost, since joining the protected witness program also meant giving up the little freedom they had in prison to interact with other prisoners and share a dining room with other inmates, since there is no greater hatred that an inmate can have in a prison in the United States than to know that one of his fellow inmates is collaborating with the U.S. government.

According to a telephone conversation that Ríodoce had with a U.S. law enforcement officer, when an inmate knows that he collaborates with the government, they kill him.

He explains: “it is an unwritten law, because you don’t face your reality as a man, and there is nothing worse than having a rat for a partner, because you know that person is a traitor who will end up revealing names, places, and how the criminal organization he belongs to operates.”

“That is why, when an inmate agrees to negotiate with the prosecutors in the case, they quickly take him out of prison and relocate him to a special prison, but they also change his name, so that no one knows where he is, and that is why when you try to locate him in the U.S. Bureau of Prisons system, you can’t find him, and you simply read that he is not in their possession. He is, but under a different name, and in special prisons where they have no contact with absolutely no one,” explained the sheriff, who agreed to speak with this newspaper on the condition that his name would not be revealed.

According to the sheriff contacted for this article, information that was corroborated by a retired FBI agent, the negotiation begins when the detainee offers his lawyer information that apparently can be used to get to a drug lord and thus dismantle a criminal organization, in this case the Sinaloa Cartel.

“If the prosecutors consider that the information is truthful and can serve as a guide to arrest a high-level drug trafficker, a very long process begins, which includes polygraph tests, analysis by a psychologist, verification of initial data that he can provide; and once the prosecutors determine that the information is real, a judge is asked to relocate the prisoner and change his identity,” explained the U.S. agent.

READ MORE about life among the cartels.

According to information from the U.S. government, there are seven prisons in that country that incarcerate protected witnesses, but the confinement is perhaps one of the most atrocious, because the collaborator is forbidden to talk to friends, acquaintances and relatives, and they are only allowed to go for a walk for an hour a day, but alone, and they maintain communication with their lawyer and some of their relatives, with whom they talk through a very sophisticated communication system, because not only the protected witness is in danger, but also his family may be in danger.

“It changes his life, because from that moment on he can no longer interact with anyone, he no longer lives with other inmates, he no longer eats together with the rest of the inmates, and the interaction with the custodians is very limited, which is done for security, because when they know that this inmate is a collaborator, they are going to kill him,” the federal agent explained. “There are only two inmates that everyone wants to kill: protected witnesses and child rapists; when someone is in prison for those crimes, he is a dead man walking, as they are called; that is why our job is to protect them and for that, we have to relocate them.”

Is it real that a protected witness is relocated in safe houses with an ankle bracelet?

It is a myth! Because the penitentiary system would allow a criminal, considered of the highest danger, to be only in a home. I would cut off the bracelet! All those criminals are in maximum security prisons, and all monitored 24 hours a day, and completely incommunicado, it’s like when they don’t appear in the penitentiary system, it doesn’t mean they are free, but as I say, their identity was changed and they were relocated.

Is that why the protected witnesses who testified against Joaquín ‘Chapo’ Guzmán do not appear in the Federal Bureau of Prisons system?

Exactly. They were relocated from the very moment they said they would testify against El Chapo, and then their names were changed so they could not be located. And for that reason their new identity and location is not revealed, because if the Bureau of Prisons does so, they are dead men. There are cases where they are released, but only once they have served their sentence, not before.

The case of José Rodrigo Aréchiga Gamboa, El Chino Ántrax, is contrary to what the sheriff says, because according to international media, the drug trafficker escaped from a house where he was under house arrest.

The information that transcended at that time is that, in May 2020, a federal judge in Southern California granted the request of his lawyers for him to serve the last five years of his sentence under house arrest, at a home in San Diego.

Ríodoce sources said that when he arrived in the Sinaloa capital, he asked to meet with Ismael El Mayo Zambada to restart his business. But no one would take him to his former boss. El Chino insisted, but the doors seemed closed. Desperate, he went to the Agua Caliente community, north of Culiacan, to ask the Russian to get him an audience with El Mayo, because it was important.

“They checked him and ran a scanner on him, and they say that they detected a location chip, and that’s when they found out that he was wired and that maybe he had negotiated with the U.S. government to hand over El Mayo in exchange for his freedom,” the source said.

The sheriff interviewed said he was unaware of the case of Chino Anthrax, but considered it ridiculous that they were granted house arrest and that he only wore an ankle bracelet.

“The bracelet does exist, but only in minor crimes, not with criminals who are considered the most dangerous in the world,” he said.

The sheriff’s observation would demystify the “disappearance” of drug traffickers from the Sinaloa Cartel who, although they do not appear with their real names in the Bureau of Prisons system, are imprisoned revealing information to the U.S. government.

The protected witness system began in 1971, and since then has integrated more than 19,000 collaborators from the DEA, the FBI and the CIA, in their efforts to dismantle criminal networks, including terrorist, drug trafficking and white slavery groups.

The program also covers the collaborator’s family, whose members are relocated with new names, and in some cases, they are only allowed to keep their first name.

In the case of Mexican nationals, the authorities do not immediately send them to Mexico, but keep them in the United States for fear of being killed, although it depends on the agreement the accused has made with the U.S. government.

Published with permission from Borderland Beat.