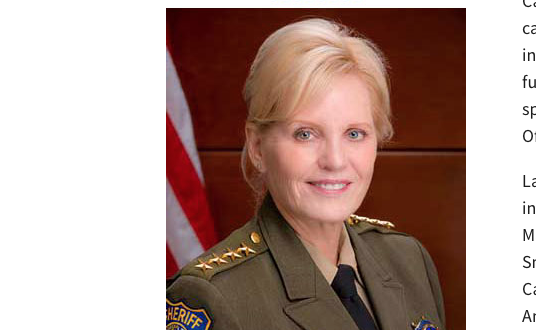 According to the indictment, the concealed weapons license misconduct occurred between Dec. 16, 2015 and Nov. 30, 2021. It states that Smith failied to properly investigate license applications and provide timely notice to applicants about whether their licenses had been approved or denied.

Bearing Arms details the charges and reports on the circumstances.

The indictments, unveiled late Tuesday afternoon, accuse the sheriff of a wide variety of crimes related to the issuing of concealed handgun permits, as well as the severe injuries suffered by an inmate at the Santa Clara County Jail.

Sheriff Smith has an impressive bio:

Laurie graduated from San Jose State University with a Bachelor’s Degree in Administration of Justice, and later received her Master’s Degree in Management from California Polytechnic University, Pomona. Sheriff Smith is also a graduate of the FBI National Academy, the State of California Command College, the FBI National Executive Institute and the American Leadership Forum – Silicon Valley. She is currently a Master’s candidate at the U.S. Naval Postgraduate School through the Center for Homeland Defense and Security.